What is Cardano Coin (ADA)? Read Complete Guide for 2021

At first glance, the Cardano Coin (ADA) might appear as just another new alt coin in the vast sea of ever-growing cryptocurrencies. However, the Cardano platform is very different from other blockchain-based platforms. So, if you wanted to find out what is Cardano coin (ADA) and you must invest in it, you are at the right place. Without further ado, let’s get started.

Originally created as an alternative to Ethereum, Cardano aims to create a platform that could handle more transactions at a much lower cost for investors. Simultaneously, the creators of Cardano also want to protect user data via integration of the smart contract infrastructure and distributed ledger technology.

The Cardano platform comprises two layers for enhanced flexibility and ease of operatibility:

1) The Settlement Layer: Launched in 2017, it is a ledger to transfer value.

2) The Computation Layer: This layer assists users in executing smart contracts that are digital legal agreements touted as the benchmark of future commerce and business.

Communication between the Settlement and Computation layers of Cardano is enabled via sidechains. Also, Smart Contracts are more secure than other cryptocurrencies since they are layered and allow minimal tampering with the data when the data is entered.

Users can create decentralized applications, and protocols on the Cardano platform and instantly send and receive funds with minimum fees. Cardano relies on its proof of stake consensus algorithm called Ouroboros for facilitating such transactions. Cardano’s level of security is somewhat similar to Bitcoin, which uses a proof-of-work mechanism.

What is Cardano Coin (ADA)?

The token that is used for the transfer of value is known as Cardano Coin (ADA) or the Cardano utility token. Similar to most tokens and cryptocurrencies used in numerous other blockchain platforms, Cardano coin differs from them in its overall functionalities.

For instance, Staking pool operators use Cardano Coin (ADA) in the staking system for safeguarding the protocol’s security. Whereas the users who stake their ADA tokens on the blockchain use Cardano Coin to verify the transactions.

What’s more, all the active users are entitled to collect rewards in the form of Cardano (ADA) coins for their participation in the safety provisions and development of the platform.

For example, all Cardano Coin (ADA) holders have a direct say in the functioning of the protocol as they can use their coins to voice their concerns, vote on improvements and upcoming updates changes to the protocol. Hence, they play an active role in the development process. On the other hand, developers use the Cardano Coin (ADA) to power their smart contracts on the Cardano blockchain.

The Cardano (ADA) cryptocurrency is not widely circulated, hence it is available only on major crypto exchanges such as Binance, CoinSwitch, and Bittrex. Interestingly, ATMs in Japan will soon allow users to buy Cardano Coin (ADA). You can store the Cardano Coin (ADA) only on its official wallet called Daedalus which is strictly a Cardano-only storage wallet. 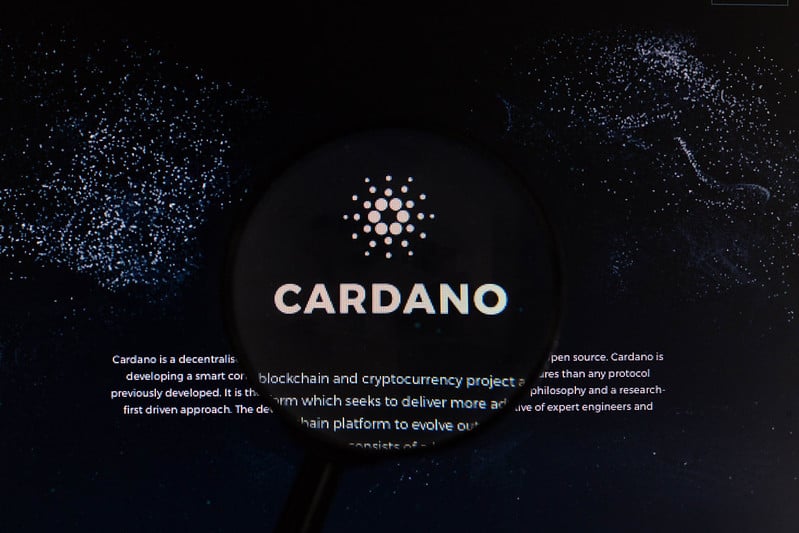 Like a plethora of other cryptocurrencies on the market, the Cardano Coin has its own benefits and downsides. Let’s have a look at the pros and cons of adopting Cardano.

One of the biggest downsides with Cardano is that it is still in development. As an altcoin it is still relatively new and many of its promised features are not entirely in effect as of now.

In fact, the maximum number of transactions per second allowed on Cardano blockchain is only 257. Even many new platforms allow more than that.

Cardano’s Daedalus wallet is far from being perfect. It surely requires many updates and integrations to be a force to reckon with in the crypto sphere.

While still a relatively new concept, the Cardano Coin (ADA) is considered by many cryptographers as the third generation of cryptocurrencies. While Bitcoin and Ethereum were the first two generations, Cardano has a bright future if its development is bolstered and adoptability widens.

Interestingly, the Cardano platform is somewhat similar to Ethereum but comprises multiple layers that separate functionalities. Not to mention, Cardano is more scalable and was originally created to provide a faster and cheaper alternative to other cryptocurrencies on the market namely Bitcoin and Ethereum.

While the Cardano Coin (ADA) is already beginning to gain some traction among cryptocurrency enthusiasts, it is only a matter of time before Cardano really takes off and becomes one of the most sought after cryptocurrencies on the planet.